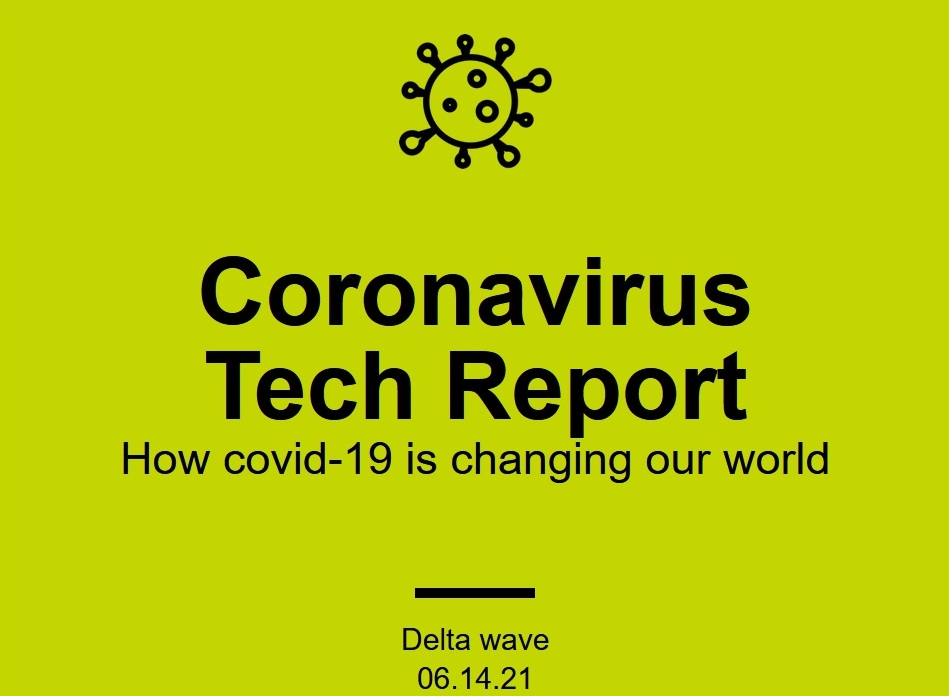 The Delta variant is spreading. What do we know about how it works?

Much of India’s dramatic and tragic covid surge has been related to the rise of a new variant. The Delta variant, B.1.617.2, was first spotted on the subcontinent in December last year. But it’s now spread to dozens of other countries, and become the dominant strain in some—including the UK, which just delayed its plans for easing lockdown for four weeks as a result.

Delta is more transmissible than other forms of covid, with estimates suggesting it may be 30-100% more transmissible than Alpha, the strain first detected in the UK. And new research from Scotland suggests that it roughly doubles the rate of hospitalization for those who catch it. So what exactly makes the Delta variant more infectious? Scientists are rushing to find out and, as Cassandra Willyard reports, are starting to pin down reasons.

Delta may be better at binding to human receptors. “The virus is studded with mushroom-shaped spike proteins that latch onto a receptor called ACE2 on human cells,” she writes. “This receptor is found on many cell types, including those that line the lungs. Think of it like a key fitting into a lock.”

Being better at connecting with ACE2 is likely to increase transmissibility, according to Nathan Landau, a microbiologist at NYU Grossman School of Medicine whose team is looking at Delta. In experiments detailed in a preprint last month, they showed that this variant does seem to have “increased affinity” for ACE2—effectively lowering the threshold for infection.

The virus is better at replicating. Better binding may also mean that the variant is better at copying itself. As Cassandra describes it:

“After the virus binds to ACE2, the next step is to fuse with the cell, a process that begins when enzymes from the host cell cut the spike at two different sites, a process known as cleavage. This kick starts the fusion machinery. If binding is like the key fitting in the lock, cleavage is like the key turning the deadbolt. ‘Without cuts at both sites, the virus can’t get into cells,’ says Vineet Menachery, a virologist at The University of Texas Medical Branch.”

There’s a new study that has not yet been peer reviewed which shows that one Delta mutation not only happens in a cleavage site, but actually enhances the process.

So what can we do? Perhaps the most important answers are already right in front of us. Just like other forms of covid, Delta can’t spread if it can’t find a host—and most of the vaccines available are effective at stopping symptomatic Delta infections (One study rates Pfizer at 88% effective, AstraZeneca at 60%—both for two shots.) UCSF’s Bob Wachter, who has been a fairly reliable source of insight throughout the pandemic, says it’s not something to worry too much about if you’re a vaccinated person in a highly vaccinated region (such as the Bay Area) but that if you’re not, then it’s worth being concerned.

In reality, that means the advice for dealing with Delta is more or less the same as with covid itself: stay safe, be careful, and get vaccinated if you can.